Have you recently dug into gardening? Or are you thinking about getting started? There are many benefits to this hobby, such as spending time outdoors, eating healthy, and getting exercise.

While starting a garden from scratch can be expensive, it usually pays off the more you grow and harvest food. However, some produce is less expensive to grow than others.

If your aim is growing food for less money than you spend at the grocery store, you should avoid plants such as strawberries and asparagus. Their initial cost, plus the need for more expensive fertilizers, make them a poor choice for budget-conscious gardeners. Also keep in mind the added expense of staying vigilant in protecting against disease and pests attacking your produce, which could quickly thwart plans to grow your veggies and fruit for less. 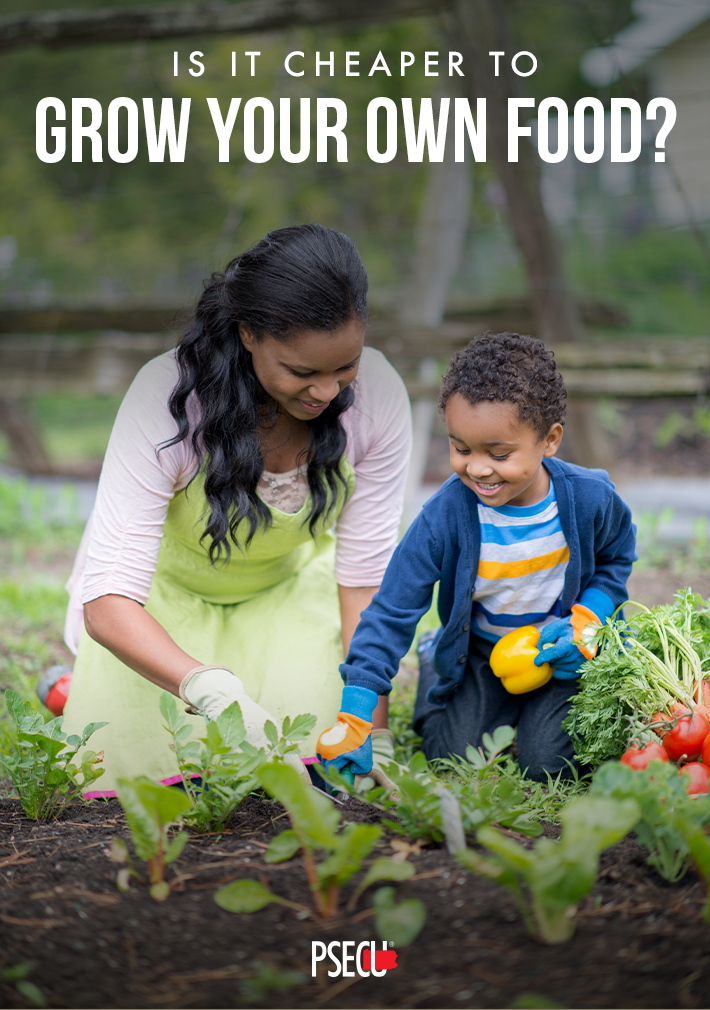 Is It Cheaper to Grow Your Own Fruits and Vegetables?

Many people wonder when they first begin planting their garden if they’ll truly be able to save money on subsequent grocery trips. This is one case where the promise does live up to the hype over time. Growing many fruits and vegetables is fairly easy and costs just a few dollars.

Of course, it can take some time to recoup your investment. You may have to put in an initial investment for dirt, containers, and fencing. If you choose plants that don’t produce immediately, such as grapes vines or a fruit tree, then you may not see the “fruits” of your labor for a few years.

Let’s take a look at what your other investments might be and how they can impact the return on growing your own food.

Most fruits and vegetables require high-quality soil and fertilizer. To get the soil ready to grow your plants, you may need to add:

For a small garden that makes enough produce for a family of four, a cubic yard of soil and fertilizer is plenty. That’s about 10 feet x 10 feet. You probably won’t spend more than $100 on topsoil. You may want to test the pH of your soil to ensure optimal growing conditions. The ideal range for many common garden plants is between 5.5 and 7.  Depending on what you want to test for, it could cost between $4 and $50. Some greenhouses offer free soil testing.

Planning to grow your veggies on your patio? Typical planters will cost anywhere from $5 to $30 or more, depending on the quality of the container and where you shop.

Best Vegetables to Grow to Save Money

Once your soil is ready, you can get your vegetables. You’ll want to find the ones that will help maximize your savings the most.

Remember that they should be vegetables your family will eat. If you purchase a cheap veggie, such as zucchini, but your family refuses to eat it, then you won’t actually save money.

You’ll also need to consider volume. Paying less money for a plant that will only produce one or two crops may not make sense. Instead, look for plants that produce a great volume of food. 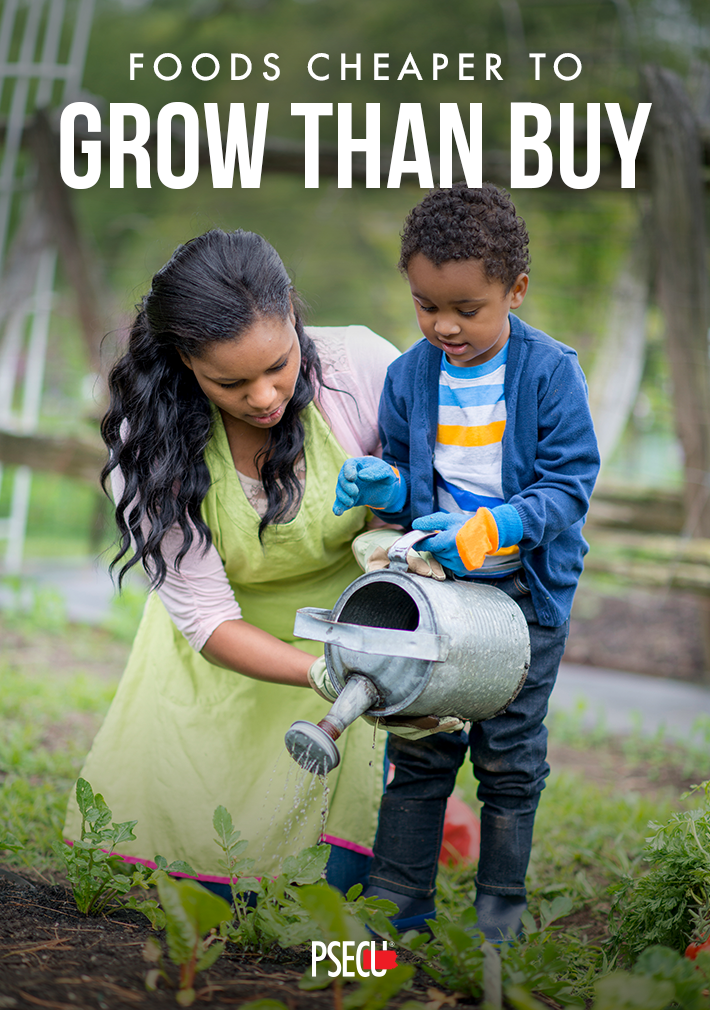 The fruits and vegetables listed below offer the perfect combination for bargain hunters. They’re inexpensive to buy, produce a lot of product, and won’t take much time to cultivate. We’ve compared them to the average price per pound for fruits and veggies in the United States, per the United States Department of Agriculture. Keep in mind that the savings listed below come with the assumption that you already have good soil and a location to plant your produce in.

Most tomato plants will produce at least eight pounds of tomatoes. Each plant costs $4 or less. At the store, the most popular types of tomatoes average $2.56 per pound, for a total of $20.48 per eight pounds. That’s more than $16 in savings.

Slightly less productive than tomatoes, these plants still offer a long growing season and frequent crops. Best of all, you can freeze zucchini and squash to use months down the road, meaning it won’t go to waste. You can purchase a packet of seeds for less than $3, which will produce six to ten pounds of produce. That would cost $9.84 to $16.30 at the store, a savings of at least $6.

For sheer volume, you can’t beat lettuce. You can eat salad for lunch and dinner, and one plant will typically produce a new harvest every two weeks. Seeds cost less than $3, and from one packet, you can get enough to make a salad daily for more than a week. That would require about seven hearts of Romaine at the store, which would cost $2.75 per pound, or $19.25. That’s $16.25 in savings.

Plant them on a fence line and watch them grow quickly. Plants yield dozens of beans, and they make a hearty side dish. Three plants cost about $5.25 total, and they can produce about six pounds per plant. That would cost $29.52 at the store, with an average cost of $1.64 per pound. You could reap a sizeable savings of more than $24.

You can purchase herb seed packets for less than a dollar, and most of them grow year after year. The best herbs to plant are thyme, mint, and basil, because they produce large bounties. You can get several pounds apiece from one packet, which would cost you double that at the store.

Buying blueberries and raspberries in stores gets expensive, as they average $4.73 and $6.98, respectively, per pound. Make sure you buy at least three, as berry bushes need to cross-pollinate. While this will require a higher investment upfront, your berries will produce year after year. You can buy three raspberry bushes for around $37.50 and blueberry bushes for as low as $30.

They will produce five to seven pints per year. If you bought that fruit at the store, it would cost you about the same as the initial investment in the bushes — but over the coming years, you will save that much each year.

This cut-and-come-again veggie is often served fried and tastes similar to a green bean when eaten raw. Okra tends to have a longer growing season when started by seed, but once summer is in full heat, it grows fast. Cut the pods off when they get two to four inches long, and watch the plant produce more as you harvest.

You can get okra seeds for $5 per pack, which should result in at least three plants producing a pound or more of harvest. Buying three pounds of okra at the store would cost $9.63 at an average of $3.21 per pound, so you’d save more than $4.

Be patient with your garden, and soon you’ll reap the returns. If you’d like to read more frugal tips, check out other posts on our blog.