Many Americans prefer to invest their dollars in goods made in their home country. They want to support the companies that offer jobs here and the workers who rely on these jobs to make their living.

If you want to go beyond supporting Americans to supporting Pennsylvanians, well, it gets a bit trickier. You won’t find a lot of “Made in PA” tags on clothing, dishes, or souvenirs. However, you can learn which companies make products in PA and seek them out. Many of them are well-known brands you may already buy. 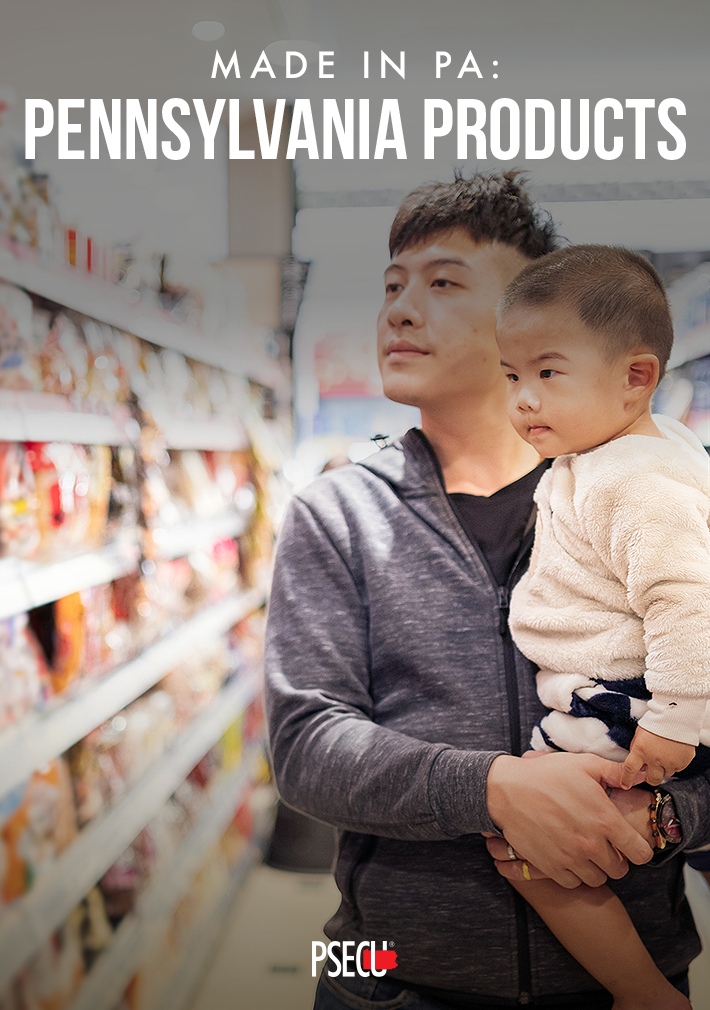 Harley-Davidson® motorcycles have a long association with Pennsylvania. The company, headquartered in Wisconsin, has a manufacturing facility in York, PA. Outside of manufacturing, they also offer tours, at which visitors can learn the history of this American brand that’s been around since the early 20th century. The York plant has been making motorcycles in PA since 1973.

Bollman Hat Company® refers to itself as “America’s oldest hat maker.” The company was founded just after the Civil War ended, in 1868. Since then, the Adamstown business has manufactured hats that are on-trend, classic, sporty, and fun. They’re made for men and women. Its brands include:

The history of Pyrex® glassware dates back more than a century, when the wife of a scientist at Corning asked her husband to help her find glass she could use in the oven in place of her broken casserole dish. He brought home the bottoms of some lantern glass he was developing for a railroad, and the rest, as they say, is history. The usage of lantern glass morphed into Pyrex cookware. The company has been headquartered in Charleroi for more than five decades.

If you ever drive on Interstate 83 near York, you’re familiar with the York Barbell company, or at least their headquarters, located right off the road. The figure of a man on top of the company’s sign triumphantly lifts a barbell over his head, catching the eye of everyone who speeds past on the highway. York Barbell sells a wide selection of workout equipment, including barbells, of course. You can also find other home gym equipment, such as:

Pennsylvania parents of young children may have taken their tykes to visit the Crayola Experience in Easton. This fun place for kids is actually a fully functioning factory where Crayola® produces the crayons used in classrooms and homes across the country. Crayola has another manufacturing facility in Bethlehem, PA.

The Utz company began as a mom-and-pop operation in Hanover. Husband-and-wife team Salie and William Utz produced potato chips in their kitchen. They sold the chips in nearby Baltimore, Maryland, starting in 1921. Over time, the operation expanded, and a plant was opened to manufacture their chips. Today, it doubles as a popular tourist attraction where visitors can see how the potato chips and other snack foods are made. You can find Utz chips, cheese curls, pretzels, and more in grocery stores across the country.

Do you have a Little League player at home? Chances are they’ve hoisted a bat made in Pennsylvania. BWP® produces baseball bats in Brookville. It makes sizes for everyone from junior league players to softball players to Major Leaguers. In fact, the company boasts an impressive array of fans in the pros, including Johnny Damon, Justin Morneau, and Mike Trout.

Every spring, marshmallow Peeps® begin dotting the grocery store aisles in pastel colors, reminding you that Easter is just around the corner. There’s nothing quite like this unique treat. You may be surprised to know they’re made here in Pennsylvania by the Just Born company, which also manufactures Mike & Ike®, Hot Tamales®, and Goldenberg’s® Peanut Chews®. Peeps are made in a factory in Bethlehem, and the company says 5.5 million peeps are “born” every day.

Buy Made in PA Products to Support Your Community

Not everything you purchase can be made in your home state. But when you have a choice between a product made elsewhere and one produced within Pennsylvania, you may want to consider buying the latter to show your appreciation for those companies that keep jobs in the state. These businesses employ the people in your community, and they’re worth a “thank you.”

PSECU is also a “Made in PA” company, started by 22 people who wanted to make a better life for themselves and their families. If you live in Pennsylvania, you may be eligible to join PSECU. To read more money-savvy tips, visit our WalletWorks page.