Coming up with an easy way to explain the economy to children can seem like a big challenge. After all, it’s a complex subject, even for those who have dedicated their lives to the field of economics. How can you simplify something with so many moving parts? Segment your explanation into a series of explanations, and start with the basics.

An economy can be big or small. The word can refer to a local economy, such as the way people spend and make money in a small town or larger city. It can also refer to the economy of a country or to the way money is made and spent around the world.

Next, you can get into the factors that influence the economy. People might spend more or less money during particular times or when certain events are taking place. The amount of money that’s available can also fluctuate depending on local, national, or global events. Many factors are at play.

What Is a Good Economy?

Saving Money in a Good Economy

When the economy is good, we have the freedom to buy what we want and need. We also have more money to save. The “personal saving rate” is the money people save compared to their disposable income, and it’s fluctuated over the years.

When talking to your children about saving rates and the economy, it can be worthwhile to point out that while saving rates tend to dip when things are going well, it’s still a good idea to set money aside.

Job Opportunities in a Good Economy

When talking to your kids about the economy, it’s also worthwhile to explain to them how the overall economy affects the number of jobs available. The unemployment rate in the U.S. shows the percentage of people in the country who are currently without a job.

What Is a Bad Economy?

In a good economy, people have more money than they need to live comfortably. The opposite is usually true in a bad economy. When the economy is in trouble, people often see a drop in income, as well as job loss. 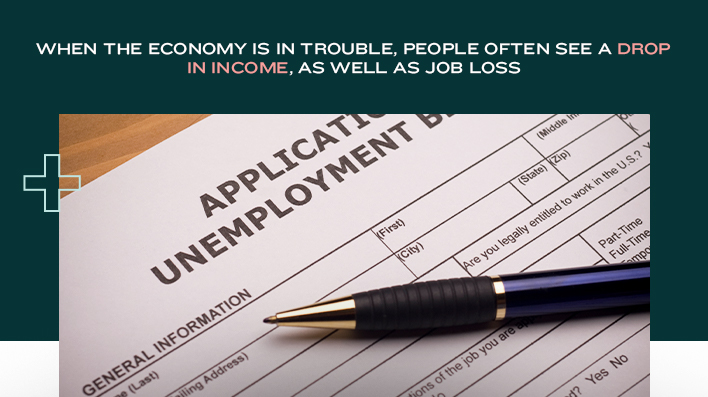 How to Explain a Recession and Depression

Talk to your kids about two terms commonly used to describe a bad economy: recession and depression. Although some people use the terms interchangeably, it’s worth pointing out that they’re different.

The quickest way to explain a recession is through its negative effects.

How can you explain the difference between a recession and a depression to your kids? A few features set the two apart.

Saving Money in a Bad Economy

Interest rates drop when the economy is bad. Financial institutions want people to borrow money and boost the economy, so they make loans cheaper. Lower interest rates mean that the money in a savings account won’t earn as much, but it’s still important to save money, nonetheless.

You can point out to your kids that saving money becomes even more important when times are financially challenging. Having money in savings means you have a cushion in case your income drops more or you lose your job.

Job Opportunities in a Bad Economy

Explaining to your child how the economy impacts employment and job opportunities can give them a better idea of what’s going on in the world. It also helps contextualize economic downturn and what it might mean for your family.

Emphasize that there are multiple reasons why someone might lose their job during a recession. A company might have to close for good, while other employers might lay off their workers to save money. As these people lose their jobs, they’re likely going to look for work. However, the number of available positions might not be high enough to account for the jump in unemployment.

If you’re worried that talking to your kids about job loss and unemployment will cause stress, be sure to point out that bad economic conditions usually turn around. The unemployment rate tends to rebound as the economy improves, meaning that many people find work again.

How to Explain Inflation

Depending on your age and your parents’ age, your kids might already have a basic understanding of inflation. If anyone in the family has ever said something along the lines of, “When I was a kid, a soda cost 10 cents,” then your kids know a little about inflation.

The simplest way to explain inflation is that it’s an increase in prices. A soda that cost 10 cents in 1950 might cost around $2 in the 21st century. Even though a person is getting the same type and amount of soda as before, they need to pay more for it now than they did seven decades ago.

Once you tell them that inflation makes the price of things go up, your kids are going to want to know why. In some cases, it’s about supply and demand. When there’s a lot of demand for something, but not enough of the product to go around, prices typically go up.

Supply-and-demand isn’t the only factor that contributes to inflation. In some cases, prices can rise as a result of an increase in the cost of producing certain goods. If the company that supplies a critical part to a manufacturer raises its prices, for instance, the manufacturer might try to balance out that price increase by raising the price of its goods.

Your kids can see the impact of inflation in their everyday lives. For example, say there’s something they want to buy, like a new bike. When they start saving up to buy the bike, it costs $50, with tax.

If you give your child an allowance of $5 per week, they should have enough money to afford the bike after 10 weeks, but inflation can change the price of the bike. Perhaps there is a greater demand for bicycles, so the price jumps to $75. Your child will now have to save for 15 weeks to afford the same bike.

Talk to Your Kids About Their Spending and the Economy

Even though they might rely on you for their allowance and spending money, your kids are already part of the larger economy. When they buy something, they are contributing to consumer spending.

As consumers, your kids have a lot of power. In fact, consumer spending is so powerful that it’s often the primary thing a government focuses on when they want to pull their economy out of a recession. The more people spend during times of economic difficulty, the more business activity there is and the greater potential for new jobs. 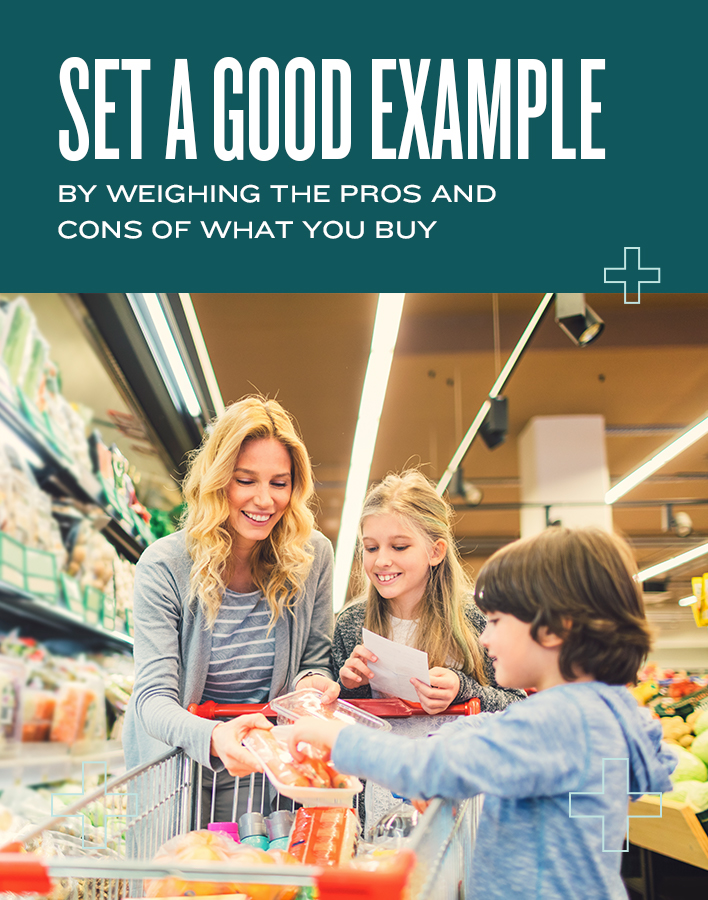 Here are some of the things you can highlight when talking to your kids about their spending power.

Teaching Your Kids About the Economy

Whether you’re talking to your kids about the larger economy or about more personal money matters, you don’t have to fly solo. For kid-centric money activities and tips on raising a financially literate child, visit our WalletWorks page.